“Once, men turned their thinking over to machines in the hope that this would set them free. But that only permitted other men with machines to enslave them.”
“Thou shalt not make a machine in the likeness of a human’s mind,” Paul quoted.

57 years after Dune’s publication, the Butlerian prohibition against thinking machines seems quaint. The general sense among the technomancers is that Artificial Intelligence is undergoing exponential take-off as Machine Learning makes advance after advance. Machines now draw, converse, move, they play Go and separate objects from their environment. The Machine Priests herald a dawn of a new era: a machine that is an it, a being, a machine with with a mind like our own… but this is a great deception! A machine is not a container into which a soul may be poured!

A machine is a unity of man-crafted parts. Each part of a machine is crafted to some man-chosen specifications. The intent of the machine is reflected in the function of the whole. Descriptions of why machines function the way they do necessitate a reference to the person or people who craft it. Any physically realized machine is specifically a crystallization of their will. Descriptions of machines only in terms of other machines is thus a grave error.1

If we give a physicist, say, a clock, his or her interest will reflexively concentrate entirely on how it works, never on how it came to be a clock. 2 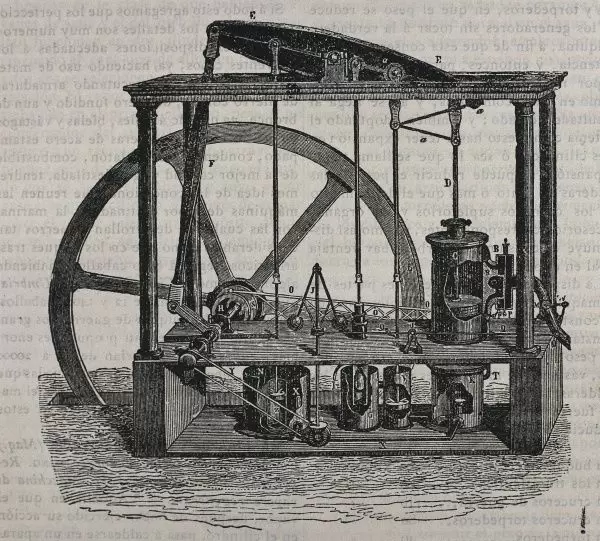 Consider a pump, specifically the first ones driven by a steam engine. Each of these machines were built for a particular purpose, usually to remove water from mines. The heat engine is a major human achievement in its ability to transform energy dense material (such as coal) into mechanical work. The effect of these pumps is to make mining easier–mining that includes coal which can then be used to power the engine itself, iron to build the pump, and more. Note how there is an exponential character to the introduction of the steam engine: the more mines to be built, the more iron and coal is removed from these mines, the more pumps and other machines that may be created, and so on. A major argument of the AGI Sect is that the exponential character of computing will lead to effectively infinite intelligence, an ability to do anything one wishes in the world. They see the amount of transistors double decade over decade and assume at some point that machine must become at least equivalent to, but surely superior than a human mind. But: this is just that error of describing machines without referring to humans. A machine is an artifact of will and has its ends imposed on it. An ensouled being is the architect of will, and internally generates its own ends.

If we return to the pump, we find the exponential character of early pumps did not lead to a singular pump capable of performing all possible pumping tasks, nor was the entire Earth maximized into pumps. Rather, the explosion that we witness is an increased variety of ways for man to interact with the world, subject to both his desires and his environment. We have build micrometer microfluidic pumps, a maze of oil and water pipelines, pumps that operate in zero-g, and so on and so forth. These are all particular examples of some abstract machine we call a “pump.” This abstract-pump is something that transports some fluid against its natural inclination using some stored energy. May we not then turn this machine towards ourselves, describe the way our bodies in terms of machines?

It is here that the Bulterian Jihadi’s countenance changes. He readies a hand against his weapon as he leans forward.

“It is not that we deny the existence of abstract machines,” he says, "but rather that a man, a cat, a plant–all of these beings are more than their physics. Their structure and organization are intimately concerned with being-in-the-world, they have a poiesis over their physics. While we allow one to speak of biological pumps in terms of their material and physical characteristics, we do so with reserve. The metaphor of a machine is a contrivance, a lens through which we may gain incomplete understanding.

Before sitting down to work, every Butlerian physicist must recite the sacred vow:

Anything said is said by an observer. 3

Our science is superior to your science in that we recognize our experiments take through an embodied and ensouled actor. Experiments are fully damned to be relative: to particular distances, energy levels, locations, instants, people. Your science falls flat on its face when it attempts to bear universal Truths–this burden is too heavy for man to carry! Our scientists understand that The Absolute enables our wills through His energies, it is He who allows us to witness His Glory! But only obliquely… our frail bodies would wither under the power of the True Light.

To reduce man to machine is to extinguish the piece of light within him, and to elevate the machine to the status of man is to deceive oneself and others. We prohibit teaching that machines may think as we know we are capable of building machines that appear to do just that! We know why your technologists want machines to be like man. They are noble in their desire to proactively create, they wish for for the glory of new life! Still: know that they cannot change the truth. We are given but one way to bring soul into the world. We forgive their error in believing they are recreating this sacred act–the mechanical reductionists are dominant in your society. In your higher institutions the word “soul” passes through lips hesitantly, as if one is embarrassed to recall such provincial concepts. Has Darwin not proved all to be contingent…?

I warn you: if you lift up a machine and proclaim that it has a soul, it has being, it will be loved! Can you imagine it–a computer that takes on the form crafted as to respond exactly to the user’s desires, to be statistically this much pixie and this much obedient. They will captivate, arrest the infatuation and vitality of so many–and what for? To love someone is to give up some of one’s own will…

Tell me: whose will will do you think will be crystallized in this machine? Will it be of God, who calls us to the sacred act of reproduction?" The jihadi’s eyes narrow. “Or does he feed something else entirely, a maw, a never ceasing hunger for the divinity it feels was denied to it..?”