We are surrounded by narratives of the future that lack any sense to them. Our prophets have been so atomized as to forget their very nature as man. They float away on a cloud of machine dreams, never to be heard from again.

The very act of being passes from parent to child in a pre-given fashion. The choice is made to create a new will in the this world, but it is not our will that we grant the child. His will arrives from without.

It is mother and father that construct the foundation upon which all of man’s knowledge stands. No information contained in a book can surpass this.

The health of the family should be the whole of the law.

As the health of the family is under attack we live under illegitimate institutions. It is necessary to pre-create organizations to survive the State being crushed by the weight of a million retarded bureaucrats.

We are not ready to actually perform significant inter-solar missions.

When these missions happen they will not come back to Earth. They must take with them an ecosystem.

Deeply obvious in the age of remote work. Bell Labs had:

a building in Murray Hill, N.J., opened in 1941, where everyone would interact with one another. Some of the hallways in the building were designed to be so long that to look down their length was to see the end disappear at a vanishing point. Traveling the hall’s length without encountering a number of acquaintances, problems, diversions and ideas was almost impossible. A physicist on his way to lunch in the cafeteria was like a magnet rolling past iron filings.

As Pope Leo XIII puts it in the Rerum Novarum:

That right to property, therefore, which has been proved to belong naturally to individual persons, must in like wise belong to a man in his capacity of head of a family; nay, that right is all the stronger in proportion as the human person receives a wider extension in the family group. It is a most sacred law of nature that a father should provide food and all necessaries for those whom he has begotten; and, similarly, it is natural that he should wish that his children, who carry on, so to speak, and continue his personality, should be by him provided with all that is needful to enable them to keep themselves decently from want and misery amid the uncertainties of this mortal life. Now, in no other way can a father effect this except by the ownership of productive property, which he can transmit to his children by inheritance." 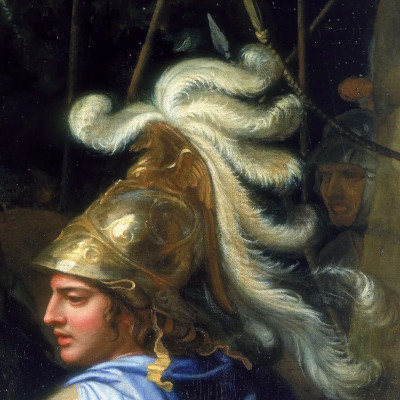 Let us use the propositions above to construct a space-faring Great House.

Due to the complexity of the task at hand, we want to maximize the population of the House as long as doing so keeps the mission coherent.

To keep his people coherent an effective leader must be able to interact with any member of his House within the day.

This suggests that the ideal size of a House’s polis consists of a small town at its core with surrounding agriculture and industry.

Health flows from the land. It is the duty of the agrarians to maximize the potential of the House’s manpower. The success of their task may be easily measured by the beauty of the land they hold.

Due to the complexity of space-faring, a small town will not hold enough industry to build a spaceship using purely House resources. There must be a set of distributed nodes that also produce what is necessary for the task.

The natural ally of a House is another House.

The House that integrates the parts into the final ship and crews it is known as a Great House.